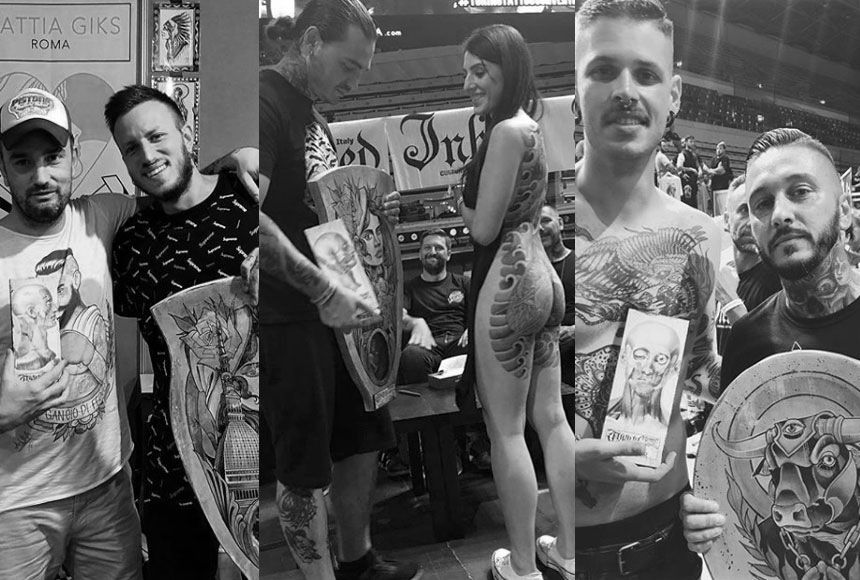 The Torino Tattoo Convention has just ended, in which Fronte del Porto has participated with 8 tattoo artists.

Also this year a record of the public that has flooded the stands in the three days dedicated to the tattoo world thanks to the impeccable organization, led as always by Vico and the other members of the club, which has managed to involve the best Italian and international artists as our friends as well as stand neighbors Kike Esteras, Ana Almagro and Rafa Decraneo of the Black Ship Barcelona.

Important were also the awards received with Mattia Giks and Gianluca Artico respectively in the first and second place in the Traditional and Alessio Ventimiglia first in the Oriental category.