HISTORY OF THE CHICANO TATTOO 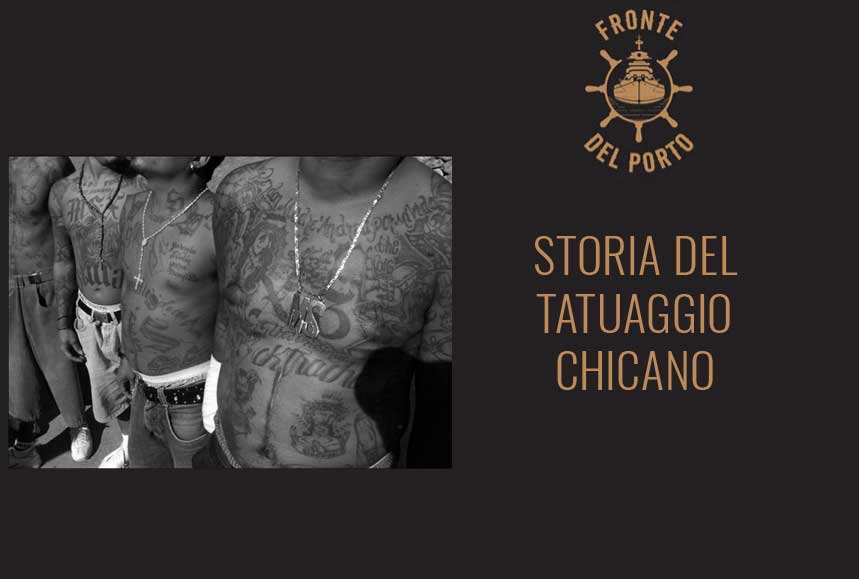 HISTORY OF THE CHICANO TATTOO

The term Chicano or Chicana comes from the denomination of US citizens of Mexican origin. The term, initially used as an insult, was overturned into pride of identity by the Chicano movement of the 1960s. Rents in large cities forced this community to live in city suburbs. Thus was born the famous “BARRIOS”. The teenagers of the Barrios achieved their identity by developing their own fashion made of baggy dresses and flat hats with a feather and sporting chains and watches as a symbol of economic and social revenge.

The Chicano tattoo originates from the Pachuco gang culture of the 1940s and from other gang in California, Texas, New Mexico and Arizona in the 1950s. These tattoos were originally done by hand with a sewing needle dipped in India ink (to write and draw). The classic themes of the Chicano style were: women, skulls, flowers and religious figures. For those who were not part of the Barrios this symbol was seen as a representation of crime and violence while for the Chicani as a symbol of loyalty to the community, to families, to women and to God. Parallel to the Barrios, in prisons in the southwest of the USA, the so-called paños are born, drawings made in pen on handkerchiefs, sheets and pillow covers that in a short time turn into a real form of art. These were initially used as messages, or even to exchange favors between the prisoners themselves, but soon they began to be used without a real purpose, but as a simple expression of art.

The two macro-themes of Chicago tattoos are the religious world (and specifically the Catholic one) and the world of gangs. If we really have to find a common trait to this type of tattoo, more than the place (almost the whole body can be tattooed) is the large size: it must be a visible tattoo, and the message must be clear to the beholder, whatever it is. be. The most frequent are those that depict hands in prayer, or even Christ or the Madonna, often combined with each other with truly remarkable artistic results or the tattoos of the so-called area of ​​the vida loca, which tell precisely the street life, represented in scenes also very gory and damn realistic. Chicani tattoos depicting members of their own family are also very important: fathers, mothers, sisters, uncles, grandparents and others are subjects that well express the deep blood bond between relatives, very important for this culture. to subjects concerning important events of their existence.